The Sound of Injustice: How Hip-Hop has Excelled the Environmental Justice Movement in Flint, Michigan 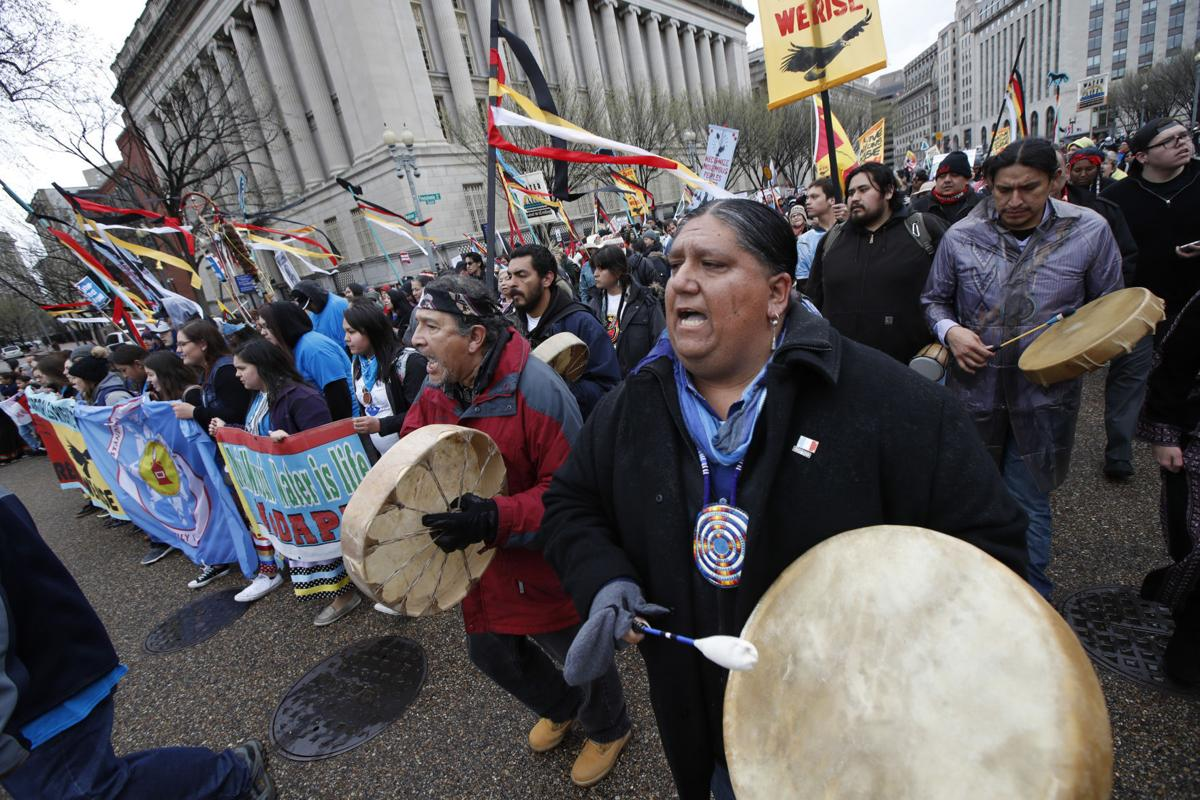 This image was taken in March of 2017 during a protest against the Dakota access pipeline.The protestors are marching in Washington DC, towards the White House, to oppose the capitol’s and the new presidency’s vote to construct a pipeline through the native land.

In this photo we see mostly Native Americans, from all ages, walking with bright blue banners and signs. The older ones in the group use a drum to create rhythm and lead the march, while it looks like some teens are holding up banners to express their cause. We do not see any other people besides protestors, there’s no pedestrians or police to get in the way of this march.

A big part of this image is the contrast between grey and blue. Grey can represent coal or dirt and blue represents clean water and clean earth. The grey Roman-style pillars of Washington DC in the back are being opposed by the bright blue, handmade clothes, signs, and drums. This could be an indication that Native Americans and European American cultures still have not fully converged. But maybe through the power of music these two cultures can be heard and understood to form a more united America. 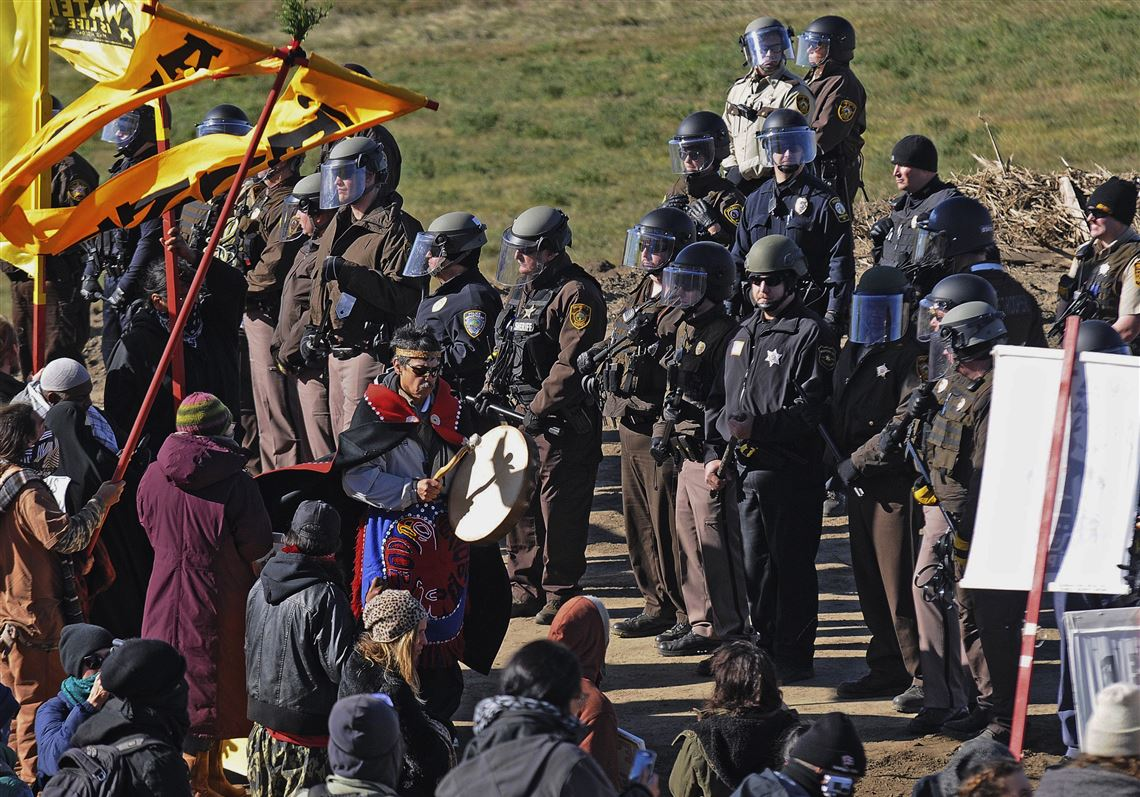 This next photo is a standoff between protesters and law enforcement near a pipeline construction zone. This picture was taken on Dakota Highway 6, south of St. Anthony, N.D., Oct. 10, 2016.

This image captures a very tense moment between the protesters and armed law enforcement lines coming close together and staring at each other. It seems both sides are determined to make a stand for or against the construction of the pipeline. The drummer man that is pacing the line between each group is breaking the tension of this standoff. Even though the pipeline was eventually built, this shows that music can break down walls and barriers to send a message when words and physical action can’t.

Both the protesters and the police are wearing dark heavy clothes. It is only the man drumming that is wearing bright native clothes. It appears that he is enlightened and different from the crowd. He is using the power of music to create a silver lining to this bad situation. If all else fails, music will be there to help to heal the pain of being robbed by having your homeland destroyed. This draws parallels to why so many artists make music about climate change and environmental disasters.

These photos are very similar because they show the Native American protests against the Dakota access pipeline in 2016-17. The one difference I see is that the first photo is in motion and the drums are leading the march on. While in the second photo the protest is a stop because of armed police and the drum is the only weapon these citizens can use. I would take away from this that music can be used to inspire and lead a moving through the right steps but is not very useful for getting real tasks done. If the journey is open for justice, music can lead and guide us to a better future, but music will never go against law enforcement and congress to actually write and change laws, that has to be on us, the people.